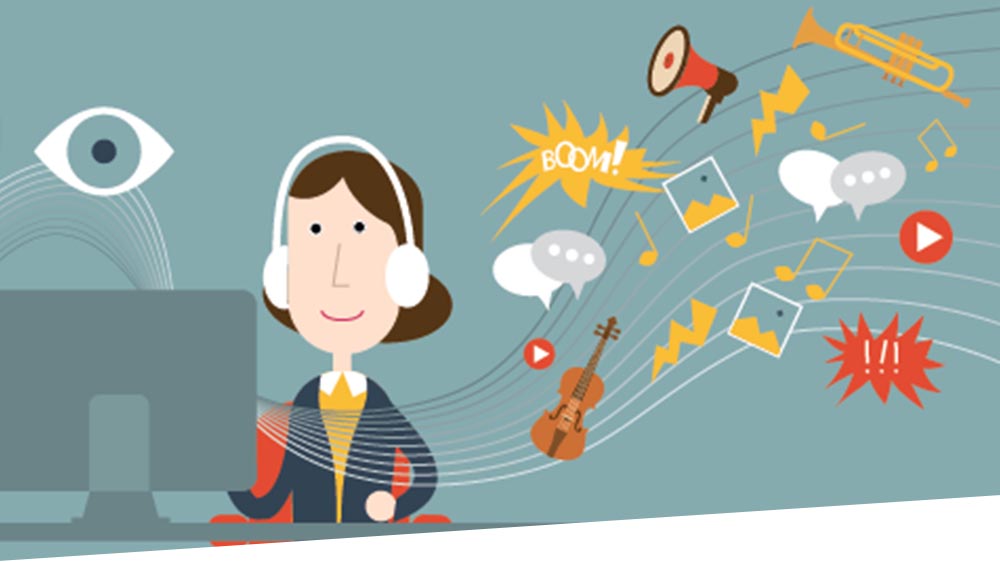 Posted at 08:56h in The Learning Blog by admin

Audio narration is often a key feature in eLearning courses, but can be tricky to create. This blog post looks at some helpful principles to create an effective voiceover, as well as some practical tips to get started.

Audio narration in eLearning courses can be difficult to get right. Audio narration is often seen to be a staple element of eLearning courses, but for it to be effective, instructional designers need to balance some competing demands. First, they must take learning psychology research into account; what’s the most effective way to use voiceover, and how does it enable knowledge transfer? Next, designers must think about incorporating principles of design into their plan for narration, such as the redundancy and modality principles. What role does narration play in designing a course that is clear, functional and a pleasure to use? Then there are the technical aspects to think about. Will there be access to professional recording equipment and voice actors, or will alternatives need to be sourced? And could the voiceover have any other impact on the course, in terms of accessibility or page-loading time? Add in the client’s requests and expectations, and it’s clear that instructional designers have a lot to balance. 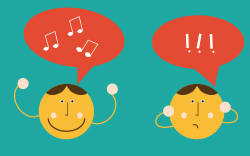 Most importantly, the course designer needs to think about the learner. The audio narration might be designed on solid principles, but is it really effective? The designer’s priority might be to make content clear and understandable, but for confident learners, this could translate as ‘repetitive and boring’. Designers must also consider where and how this course will be used. For example, if it’s for classroom or office use, then audio narration could cause a lot of confusion unless all learners can use headphones.

Although these competing demands seem overwhelming, it’s important to remember that there is no single correct way to use voiceover in an eLearning course. The purpose of this post is to look at education research, design principles, and technologies to determine some guiding principles for audio and eLearning.

The Redundancy Principle is based on cognitive theory and research which suggests that people learn better from a combination of graphics and narration, rather than from graphics, narration and text all together. When the on-screen text is an unnecessary duplication of information, learners tend to get swamped in the content. An extra mental effort is required to compare the different modes, and it can be wearying to keep switching between competing text and audio. It’s also worth pointing out that people scan text much faster than at reading-pace. Voiceover and redundant text can turn into a kind of ‘assisted reading’ exercise, which frustrates learners and slows down the pace of the lesson.

However, extraneous text isn’t always a distraction; sometimes a few keywords can act as a signposts for learners, particularly if the audio narration is long. In his useful book, Multimedia Learning (2009), Richard Mayer lists a few situations where the redundancy principle may be less applicable:

Designers can give learners some extra guidance with text, if necessary; the purpose of this principle is to make sure that the combination of course elements is coherent, and doesn’t overload the learner with redundant information.

From this explanation of the Redundancy Principle, it seems clear that the number of modalities should be kept to a minimum. However, Mayer’s book also lists recent research that supports the Multimedia Principle, which states that ‘people learn better from words and pictures than from words alone.’ The idea is that learners need to build a mental model to grasp the information. The combination of both visual and verbal mental models gives learners a richer understanding of the information, and allows them to build connections between the two models.

How can we reconcile these two competing principles – the idea that modes should be streamlined so as not to overload learners, but that learners also need multiple media forms to understand the data? A good understanding of the Modality Principle helps to balance these two different ideas.

The Modality Principle, as Clark and Mayer explain (2016), is the idea that learners “may experience an overload of their visual/pictorial channel when they must simultaneously process graphics and the printed words that refer to them.” This means that each sensory channel should only be focused on one form of information at a time. For example, it would be difficult for learners to watch an animation and read the accompanying text simultaneously. Learners would find it much easier to watch an animation while listening to a voiceover which explained its different parts.

Research studies have supported this principle in situations where audio voiceover is used to explain a graphic, particularly when the material is complex and the pace of the course is fast. It is less important when learners have control over the pace of the material, or when the material is simple or familiar. This principle also does not apply when voiceover is used to explain text shown on-screen, as visual information could compete with auditory information for the learner’s attention, and would overload the learner’s cognitive processing. 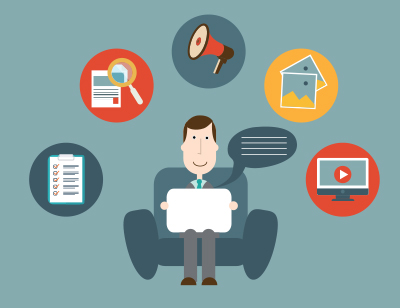 An understanding of these three principles can be a great help to designers when adding narration to a course. The aim is to give learners enough stimulation so that the information is clear and easy to understand, and the course is engaging and fast-paced. While it’s important to give learners extra signposts where needed, if designers try to cover all the information using many different media, the learners will be either overwhelmed, or bored. Now that we’ve looked at the major principles, the rest of this blog post will look at some practical tips to create and apply a voiceover.

When Do You Need to Narrate?

An important rule in creating an eLearning course is that the design must be consistent. If you’ve used narration to introduce your slides then you should continue the same practice throughout, otherwise learners will think they’re having a technical issue with their sound. However, if you feel that there’s a lot of narration in your course and that it’s becoming heavy to listen to, then it can be a good idea to vary the length of your audio.

If you have some slides with detailed graphics or animations that need lengthy explanations, then try not to group all these slides together; try to break these up with a few slides that have only short or introductory voiceover. If there’s a large amount of content to get through then let the learners do some reading, as it’ll help to keep the pace up. If the signposting in the course is clear, then voiceover can be kept to a minimum. For example, you could introduce a quiz or an interaction using voiceover, but you don’t have to include narration with the feedback.

There’s a wealth of information online on how to create a professional voiceover; to get up and running with audio recording, have a look through the information in the recommended reading section. There are a few tips to bear in mind before you begin:

Effective use of audio narration is critical in making your course accessible to visually impaired learners. You’ll need to include the transcripts of all audio and video in the course, and these are essential for learners who use screen readers or refreshable braille devices. Make sure to double-check these transcripts for accuracy.

You’ll also need to include descriptions for all visual elements, and make sure that they’re easy to turn on. While learners can get most of the important information from a transcript or voiceover, they miss any sense of context given by images or video. Add in any explanations and details to help visually-impaired learners build mental schema with the new information. If possible, provide different options for how learners encounter information. For visually-impaired learners, you could avoid videos and instead link to accessible documents which have a richer context than a video transcript. 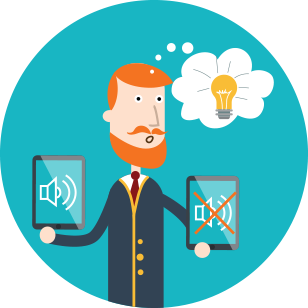 While there are sound principles to guide narration, the rules for sound effects are less clear. Background sounds and ambient music seem like a good way to increase your learners’ interest and engagement, but in fact, they could be more distracting than helpful. Mayer’s book describes a study he conducted of extraneous audio sounds, in which one group of students watched a narrated animation, while another group watched the same narrated animation with added music. The study concluded that:

However, there are a limited number of studies to support this idea, and it seems that context plays a part. Background sounds and ambient music are excellent ways to increase the emotional engagement of learners, especially when using video material. While ambient noise seems to disrupt the transmission of information formal lesson presentation, it could be useful to establish a realistic atmosphere for a scenario or simulation.

Similarly, studies suggest that extraneous noises, such as beeps and feedback responses, have no proven beneficial effect on learning. In addition, learners can find these noises really irritating. However, extraneous noises are an established convention of video-games; if you’re incorporating game-based elements such as quizzes or timed activities, then extra sounds could be a natural addition.

This post has attempted to make sense of the different ideas that influence narration. We’ve looked at design principles and cognitive research, and have concluded that narration should be both coherent and necessary. We’ve also looked at some practical examples of creating and applying voiceover, and in making courses accessible for learners with visual impairments. However, the most important guiding principle is that there are no hard and fast rules for voiceover narration. For course designers, it’s worth spending some time researching existing courses to determine what works, and what doesn’t. Once the learners’ needs are prioritised, then it’ll become easier to balance the different elements of your elearning course.